Engaging in physical activity can reduce pain and help to maintain mobility and independence for older adults with arthritis, but current exercise recommendations are often unachievable for this population. Now, however, a new study finds that exercising for just 45 minutes is enough to reap the benefits.

Researchers say that 45 minutes of moderate-intensity exercise per week can benefit older adults with arthritis.

#Arthritis is a term used to describe inflammation of the joints. Osteoarthritis (OA) is the most common form of arthritis, caused by “wear and tear” of cartilage that protects the joints. As the cartilage breaks down, pain, swelling, and joint movement problems may occur.
Older adults are most commonly affected by arthritis. According to the Centers for Disease Control and Prevention (CDC), between 2010-2012, approximately 49.7 percent of adults aged 65 and older in the United States reported having been diagnosed with arthritis by a doctor.
Arthritis and other rheumatic conditions are a leading cause of disability among U.S. adults; around 9.8 percent of those with doctor-diagnosed arthritis in 2010-2012 reported limitations in activity as a result of the condition.
Arthritis and physical activity
While physical activity can be challenging for many older adults with arthritis, it can help patients better manage their condition and maintain physical functioning. In addition, exercise can reduce the risk of other health problems, such as type 2 diabetes and heart disease.
The Physical Activity Guidelines for Americans recommend that adults aged 65 and older engage in 150 minutes of moderate-intensity aerobic activity each week.
However, according to our last study only 1 in 10 older U.S. adults with knee OA meet these recommendations. This is most likely because they find such guidelines unachievable with their condition.
With this in mind, the team set out to determine whether older arthritis patients might be able to benefit from lower levels of physical activity than the current recommendations.
To reach their findings, the researchers analyzed the data of 1,629 adults aged 49 and older who were part of the Osteoarthritis Initiative – a nationwide study that aims to identify prevention and treatment strategies for patients with knee OA. All participants had pain, aching, or stiffness in joints of the hips, knees, or feet.
The physical functioning of each subject was assessed at study baseline and 2 years later through self-reported outcomes. Physical activity and functioning were also measured using movement-monitoring accelerometers.
‘Even a little activity is better than none’
After 2 years, the physical functioning of around a third of participants had either improved or remained high, the team reports.
It was the participants who engaged in regular exercise that experienced higher physical function. However, subjects did not need to meet the recommendation of 150 minutes of moderate-intensity activity each week to see benefits.
The team found that older adults who engaged in just 45 minutes of moderate-intensity activity, such as brisk walking, per week were 80 percent more likely to maintain or improve their physical functioning than those who exercised for under 45 minutes weekly.
The researchers say that their findings applied to both men and women with arthritis of the lower joints.
We found the most effective type of activity to maintain or improve your function 2 years later was moderate activity, and it did not need to be done in sessions lasting 10 minutes or more, as recommended by federal guidelines.
Participants who engaged in more than 45 minutes of moderate-intensity activity every week saw greater benefits to physical function, but the researchers believe that their findings show that older adults with arthritis need only perform a third of the recommended activity to remain functional.
Even a little activity is better than none. For those older people suffering from arthritis who are minimally active, a 45-minute minimum might feel more realistic. 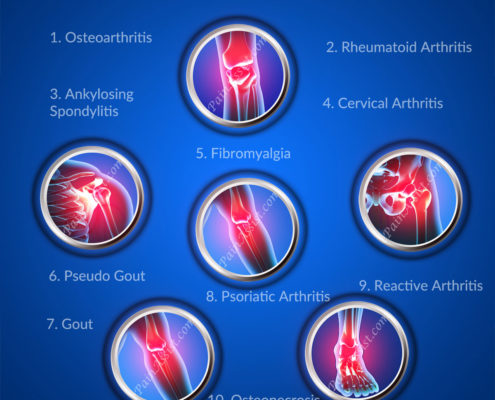