Most women can continue with their everyday activities during pregnancy and only need to make some minor lifestyle changes. The health and well-being of both the woman and the developing fetus are of primary concern during pregnancy, so it is best to avoid consuming certain foods and doing potentially risky activities.

When a pregnant woman drinks alcohol, the alcohol crosses the placenta and can affect the fetus. Drinking alcohol during pregnancy may cause fetal alcohol syndrome.

A fetus that gets exposure to alcohol in the womb may develop a wide range of fetal alcohol spectrum disorders. These disorders can cause the following health issues:

It is common for pregnant women to avoid certain foods during pregnancy, either due to a change in their sense of smell or because the food makes them feel ill. However, there are some foods that all pregnant women should avoid eating. These include:

In the same way as alcohol, caffeine can cross the placenta and affect the fetus.

While much of the data regarding pregnancy and caffeine consumption is inconclusive, research suggests that it is best to limit the intake of caffeine to 300 milligrams (mg) per day. Some experts believe that quantities greater than this can be harmful to the fetus and may increase the risk of pregnancy loss and low birth weight.

March of Dimes recommend that pregnant women consume no more than 200 mg of caffeine per day. This amounts to about 1.5 cups of coffee per day.

While relaxing in hot water may sound like an effective way to ease pregnancy discomfort, experts recommend avoiding hot tubs and saunas.

According to the American Pregnancy Association, hot tubs can cause hyperthermia, or abnormally high body temperature, which may lead to congenital abnormalities.

Additional activities that may cause the body temperature to rise too high include:

The American College of Obstetricians and Gynecologists recommend that pregnant women avoid contact sports, such as football or boxing.

Contact sports increase the risk of placental abruption, which is the premature separation of the placenta from the uterine wall. Placental abruption is a severe condition that can cause preterm birth, pregnancy loss, or stillbirth.

Pregnant women are also more prone to injury as hormonal changes in the body cause the ligaments to become looser.

6)Activities with a fall risk

After the first trimester, pregnant women should avoid any activity which carries the risk of falling, including skiing, ice-skating, and rock climbing.

During pregnancy, the center of gravity shifts as the belly expands, so even a minor fall may result in injuries.

Many amusement parks do not allow pregnant women on some rides, including roller coasters or any rides that may start or stop suddenly.

The jarring motion of these rides can cause placental abruption.

Pregnant women should avoid changing a litter box. Cleaning dirty litter boxes can put a person at risk of toxoplasmosis.

According to the Centers for Disease Control and Prevention (CDC), if a pregnant woman passes toxoplasmosis to the fetus, the baby may develop severe symptoms, including:

According to the American Pregnancy Association, pregnant women should avoid heavy lifting. For some women, lifting heavy objects can increase the risk of:

Smoking cigarettes during pregnancy can cause harm to both the woman and the baby. Aside from an increased risk of heart disease and lung cancer, smoking when pregnant can also cause the following problems during and after pregnancy:

Women should stop smoking as soon as they know that they are pregnant and avoid exposure to secondhand smoke. Women who are struggling to quit smoking can talk to a doctor about the help and additional resources that are available.

While illegal drug use is always dangerous, it can be even more harmful during pregnancy.

Using illegal drugs or misusing certain prescription drugs can cause a newborn to go through neonatal abstinence syndrome (NAS). A baby with NAS will go through substance withdrawal at birth.

Additionally, drug use can increase the risk of stillbirth, pregnancy loss, and congenital abnormalities.

Pregnant women should avoid some over-the-counter (OTC) and prescription medications while pregnant, as these can harm the fetus.

A doctor or pharmacist can provide advice on which medications are safe to use and can often recommend alternatives if women can no longer take their regular medicines.

13)Some types of exercise

Although doctors recommend that most pregnant women exercise, certain types of exercise are not suitable during pregnancy.

Pregnant women should try to avoid exercise that involves:

Many exercises, such as walking, swimming, and squats, can be beneficial during pregnancy. It is best to speak to a doctor about any existing or new exercise routines. 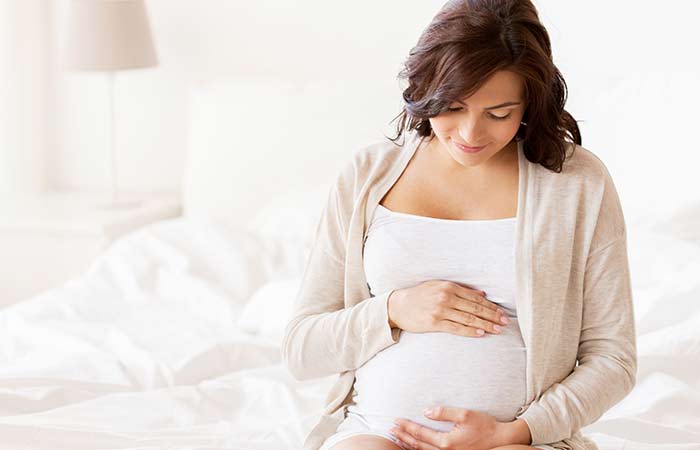 Which fruits should you eat during pregnancy?Home remedies to clean your ears
Scroll to top